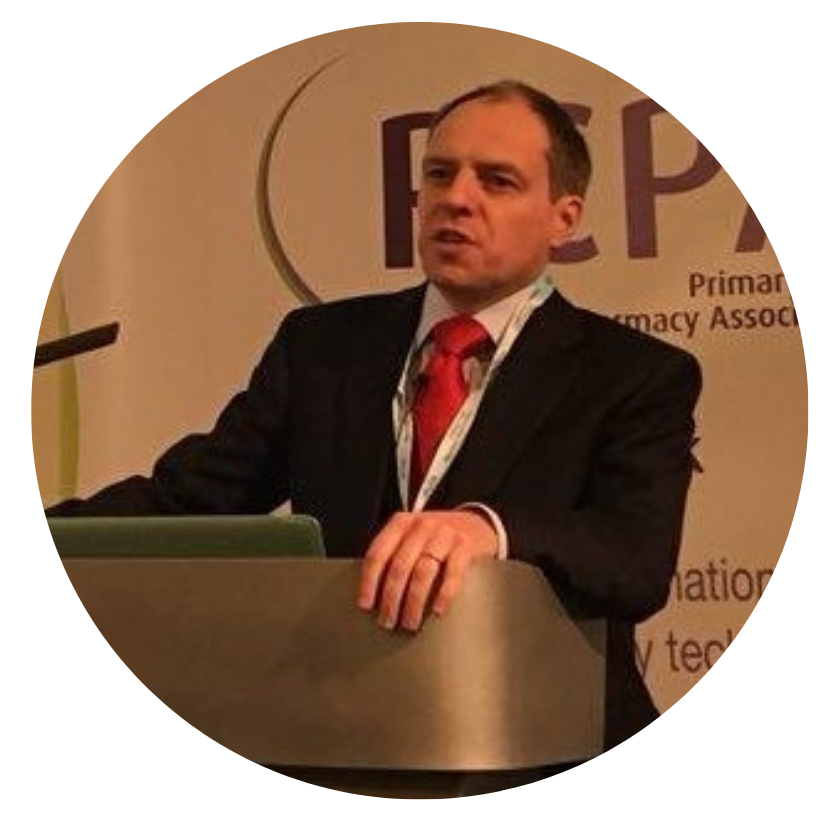 Graham trained as a pharmacist at the Royal Liverpool Hospital, qualifying in 1993. He next worked at Liverpool School of Medicine on the pharmacokinetics of mesalazine in ulcerative colitis. His PhD (1997) at the Pharmacy and Medical Schools in Manchester, jointly with Glaxo, examined absorption of cardiac and anti-viral drugs. His Post-Doctoral research/teaching fellowship focused on the pharmacokinetics of HIV, anti-inflammatory, antihistamine drugs and antioxidants in olive oil at the School of Pharmacy, Adelaide, Australia.

Returning to the UK in 2000, Graham returned to primary care practice in Ealing, London where he developed a special interest in Elderly Care. Working jointly with general practitioners he developed integrated working to improve care in Nursing Homes and undertook consultancy work on behalf of Ealing CCG.

In 2010 Graham became a General Practice Pharmacist and is now the director and prescribing lead of a pharmacy team supporting seven GP practices and 23 nursing homes in Ealing. Graham has overarching responsibility for safe prescribing for more than 60,000 NHS patients and 1,200 nursing home patients. In the last year this team has been recognised with a number of awards from the BMJ, PCPA, RPS and RCGP.

Graham worked with 17 practices and the GP Federation in Ealing, coordinating a successful bid for the NHS England Clinical Pharmacist pilot. Having been appointed as the Senior Pharmacist for the pilot site, Graham looks forward to playing a part in establishing a sustainable evidence base for the whole pharmacy team as an integral part of general practice.

"It is a great honour to have been asked to take up the presidency of PCPA. As individual pharmacists and pharmacy technicians travel on their journeys from preregistration, through foundation towards advanced practice and consultancy, PCPA will provide local and national assistance, offer opportunities to build portfolios, provide training, offer meaningful resources and most of all, be a connected group of coal face practising professionals offering real time, friendly, virtual and face to face networks.

The PCPA is a unique peer to peer association of equals, we champion pharmacy practitioners and the expertise, safety and efficiency they add to any team. We are outward looking, research and evidence based, open and optimistic for our profession's future. We lift as we climb, facilitating and supporting members to upskill and thrive, providing an environment that celebrates innovation whilst embracing a sharing culture, generous with its time and expertise, so we all collectively benefit from our most precious resource - our members. I look forward to sharing the next few years with these members and growing together.